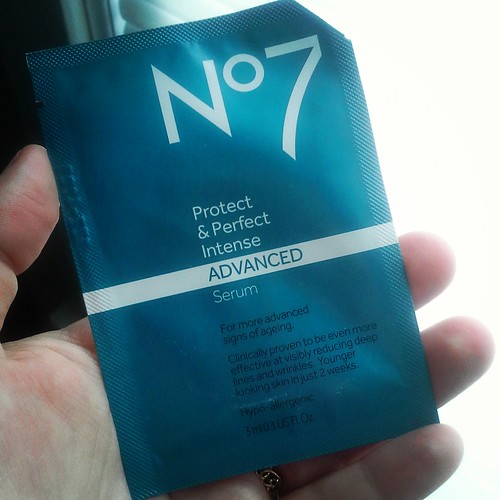 In my Influenster Frosty VoxBox, I received a packet sample of the No7 Protect & Perfect Intense Advanced Serum. Due to the size of the sample (and the $29.99 cost of the full size,) This review is a bit limited. I can give my first impressions but cannot speak for its long-term effects.

The first thing I noticed about it was the texture. It has that matte-slippery feel of a primer. It goes on very smoothly and leaves the skin feeling very soft and slightly slippery. But not wet or greasy. Again, like a primer. It did not have a noticeable scent. It changed the feel of the application of my moisturizer. Not in a bad or unpleasant way. It was very smooth.

I have not had any major breakouts but I have noticed more of those tiny little pus bubbles forming. Sorry. I know that sounds so gross. But I don’t know how to better describe them.

I have not noticed any other differences in the look of my skin. With the price and the minimal breaking out that I’ve experienced, I’m not feeling very motivated to purchase the full size of this, even with the $2 coupon that was included with my sample.

***This sample was received free from Influenster for testing purposes.***

***All products received free from Influenster for testing purposes.***

In this box, I received:

So far, I have had the chance to try the NYC lipstick and the Rimmel eye makeup remover. I’ll review those soon. I feel positive feelings about both so far. I’ve had Candy Cane Lane before and I know that I like that.

I look forward to trying all of the things in this box, with perhaps the exception of the brush. I’m pretty attached to my Mason Pearson. I’ll still give it a try though! 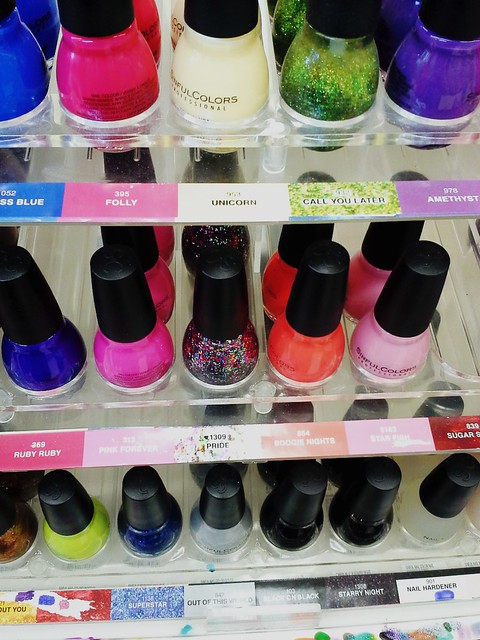 I don’t seem to be able to go to the store lately without picking up another bottle or two. In fact, minutes after that photo up there was taken, I purchased 2 more bottles from that very display of lovely Sinful Colors! And on top of that there have been freebies like the one I received from Influenster for testing purposes. My nail polish drawer overfloweth. My plan is to purchase a spice rack to mount on my wall for storage. It will make it a lot easier to see what I have and get at it (aforementioned drawer is a bit hard to open and close sometimes.) Hopefully that will happen later this week. I’m looking forward to it for two reasons. 1. organization! and 2. I recently got a new drill because I still haven’t found the one I already own. I think it got misplaced in the move. So I get to test that out!

If you want to score some lovely Sinful Colors of your own, you can find some pretty good selection at Walgreens, where the above photo was taken. 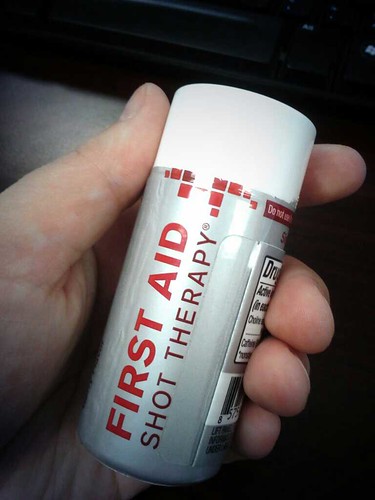